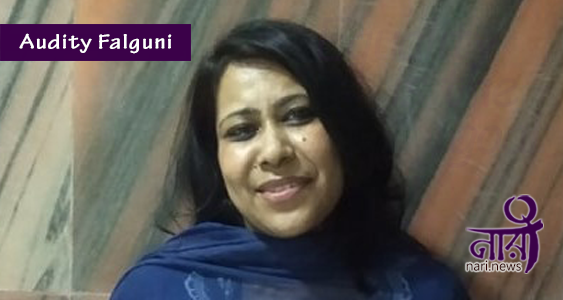 2005–present: Greens back in opposition 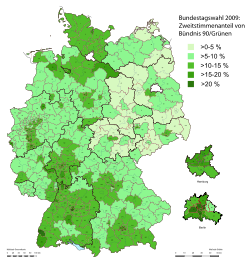 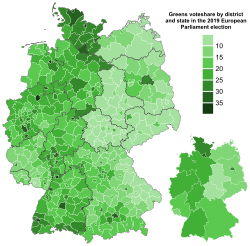 A map revealing the vote share secured by the Greens by district and state in the 2019 European Parliament election.

For almost two years after the federal election in 2005, the Greens were no longer part of any government at the state or federal level. In June 2007, the Greens in Bremen entered into a coalition with the Social Democratic Party (SPD) afterthe 2007 Bremen state election.

In April 2008, following the 2008 Hamburg state election, the Green-Alternative List (GAL) in Hamburg entered into a coalition with the Christian Democratic Union (CDU), the first such state-level coalition in Germany. Although the GAL had to agree to the deepening of the Elbe River, the installation of a new coal-fired power station and two road projects they had protested, they also got some noteworthy concessions from the CDU. These comprised reforming state schools by enhancing the number of primary school educational stages, the renovation of trams as public transportation in the city-state, and more pedestrian-friendly real estate development. On 29 November 2010, the coalition fell, paving the way for an election that was won by SPD.

After the Saarland state election of August 2009, The Greens held the balance of power after a close poll where no two-party coalitions could build any steady majority government. After negotiations, the Saarland Greens refuted the option of a left-wing 'red-red-green' coalition with the SPD and The Left (Die Linke) to formulate a centre-right state government with the CDU and Free Democratic Party (FDP).

In June 2010, in the first state election after the victory of the CDU/CSU and FDP in the 2009 federal election, the "black-yellow" CDU-FDP coalition in North Rhine-Westphalia under Jürgen Rüttgers lost its majority.

The Greens established the first international chapter of a German political party in the U.S. on 13 April 2008 at the Goethe-Institute in Washington D.C. Its main aim is "to provide a platform for politically active and green-oriented German citizens, in and beyond Washington D.C., to discuss and actively participate in German Green politics. [...] to foster professional and personal exchange, channeling the outcomes towards the political discourse in Germany."

In March 2011 (two weeks after the Fukushima nuclear disaster had begun), the Greens secured large wins in Rhineland-Palatinate and in Baden-Württemberg. Winfried Kretschmann is now the first Green to serve as Minister-President of a German State (Cabinet Kretschmann I and II). Election statistics from August 2011 hinted that one in five Germans supported the Greens. From 4 October 2011 to 4 September 2016, the party was represented in all state parliaments.

By 2016, the Greens have participated in 11 out of 16 state governments in a variety of coalitions. Over the years, they have established an informal structure called G-coordination to mobilize interests between the federal party office, the parliamentary group in the Bundestag, and the Greens governing on the state level.

Following the election, the Greens experienced a mighty surge in support, steadfastly polling between 17 and 20% nationally in October 2018. They attained record results in the Bavarian and Hessian state elections, becoming the second largest party in the respective Landtags of both states.

In the 2019 European Parliament election, the Greens attained their best ever result in a national election, coming second with 20.5% of the vote and winning 21 seats. The first poll after the election, conducted by Forsa, exhibited the Greens up nine percentage points, on 27%, narrowly ahead of the CDU/CSU. This was the first time the Greens had ever been in first place in a national poll, and the first time in the history of the BRD that any party other than the CDU/CSU or SPD had placed first in a national poll. They continued this trend with subsequent polls from INSA, Emnid, Infratest dimap, and Forschungsgruppe Wahlen in early June, polling between 25% and 27% in each.

Analysis of the Green Party model: How we can replicate that in our context?

The green party model reveals that the greens in Germany have raised their voices not only against nuclear installations, but also have supported LGBT rights and “anti-authoritarian” concepts of education and child-rearing or protested the ruling party’s move to send troops in Afghanistan. In Bangladesh, the Democratic Left Alliance (a coalition of CPB, BSD, Workers’ Party and others), however, highlights the issues like conservation of Sunderbans mangrove forests from the proposed Rampal coal based power plant project, opposing Ruppur Nuclear power plant, protecting oil, gas and mineral resources of our country and others. The Democratic Left Alliance can consider taking into account other issues like promoting right to education, work and social participation for the LGBT people in our country, reducing expenses on military budget and channelize that in sectors like education or forestation and similar schemes of work.